THE WEB OF TUNISIAN JEWS 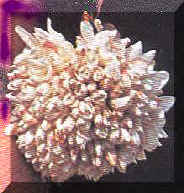 If you want to smell this jasmine, move your nose closer to the screen!!

HISTORY OF OUR GENERATION

OBJECTIVE OF THIS WEB

Tunisian Jews have always represented a unique culture, due to the the geographical situation of Tunisia as well as by the historical problems encountered by this community. Confronted by rather harsh living conditions, Tunisian Jews have developed along the centuries they spent in Tunisia, a unique and quite interesting personality mainly based on tolerance.  Tolerance to ideas and differences, probably due to the situation of Mediterranean crossroads enjoyed by Tunisia and to the multiple influences and invasions endured by Tunisia during the centuries of sojourn of the Jews in Tunisia.

If we realize that the Tunisian Jews have lived under the influence of the Spaniards, the Arab conquerors, then under the Turks and the French colonizers, notwithstanding all the different invasions of the Romans, Vandals or Byzantine, then we understand much better their internationalist component.
Never exceeding 100.000, among a total population of 5 million people, the Jewish presence in Tunisia has been documented by archeological proofs to exceed 20 centuries. As old as the destruction of the first Jerusalem Temple, the presence of the Jews in Tunisia has received over time the influx of successive immigration waves, mostly from Spain and Portugal at the times of the Inquisition and then from Italy, mainly Livorno.

HISTORY OF OUR GENERATION

100.000 people, women, men, old and young have been displaced from their roots, leaving after 20 centuries a culture Arabic and Muslim to go and live in a French Christian civilization.

Tunisian Jews have left Tunisia, disguised as "French colonizers returning to live in the country of their ancestors", and in many cases they have embraced this identity and continue to believe in it. But the weave of their deep fibers is made of harissa, couscous and boukha and sooner or later, in order to reclaim some kind of inner peace, they will have to return to this essence.
Rooted inside, Tunisian Jews are carrying with them a unique way of life forged by ancestral Jewish values mixed with the Arabic and Mediterranean surroundings where they have resided for centuries.  This trauma of passage from an Arabic civilization to a Christian civilization is unique in our history and would remain forever as a defining moment of  our individual and collective psyche.

Our identity today, our choices and joys as well as our aspirations, our pains and crisis all find their origin and their explanations in this matrix from where we come.

OBJECTIVE OF THIS WEB

The objective of this initiative is to gather this collective inheritance, to enrich it with all possible external sources and to offer it in permanent fashion to all who might find any interest in it. The goal is to create a well filled with all the elements of our past where anyone would be invited to drink when the need arises.

Moreover, it is important to keep for the future generations a document presenting what was anterior to this new world where they live today or would live tomorrow. And let rest assured that our children and grand-children would certainly ask these questions about our past that they will discern around them but that they will have never known. And even if they never ask, it is our duty to leave them these historical traces of their past .

So I invite all who find any interest in this experience to accompany me in this quest by enriching the contents of this site.  Photos, articles, stories, information, arts, cooking recipes, customs, traditions, all will be welcomed. This would only reinforce the richness of our inheritance and help us extirpate the essence of what constitutes the marrow of the "Tunes".

I chose the name "harissa" because I felt that nothing would represent better the "Tunes" than harissa. Its rich and beautiful dark red color, its unctuous texture, its strong and spicy taste and finally its well known effects of mood elevator and germ killer represent to my humble opinion what is closest to a Tunisian Jew.

For any information, critics and commentaries, send an email to : jhalfon@mediaone.net